“My favourite album this year” – Ryan Tubridy, R.T.E. (re. The Bohemian Mooney)

Nigel Mooney is widely regarded as Ireland’s leading jazz singer and guitarist. A charismatic figure on the Dublin jazz and blues scenes since the early 1980’s, his Gripewater Blues Band spearheaded the blues movement in Ireland and drew many fans of both jazz and the blues.

His first album, “All My Love’s In Vain” (Rubyworks) was released in 2005 to critical acclaim and quickly became one of Ireland’s highest selling albums by a jazz artist. The single, Beautiful Day, charted on the Irish Hit Parade.

The follow-up album, “The Bohemian Mooney”, released in 2013, was The Irish Times Jazz Album of the Year and featured guest appearances by Georgie Fame and Louis Stewart.

Mooney has recently completed his latest album, “Mooney’s Blues”, which is now available to buy as CD, Vinyl or Download. 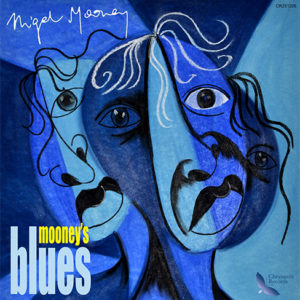 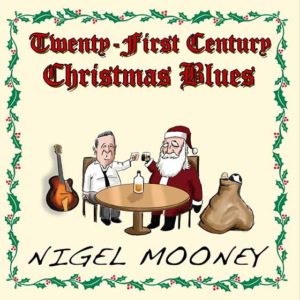 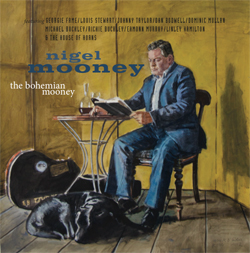 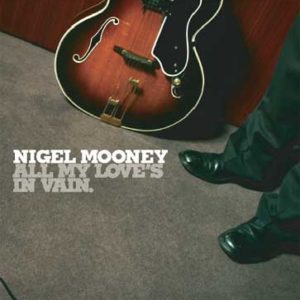 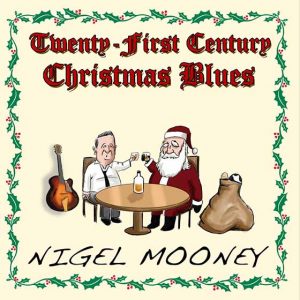 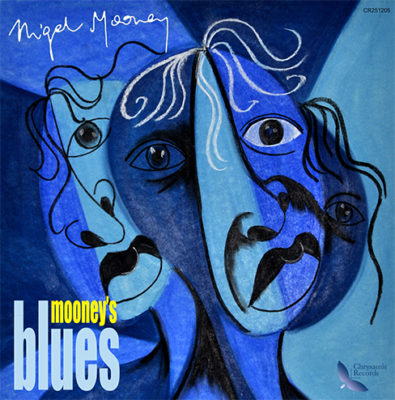 Guitarist and singer Nigel Mooney discusses his life and influences in music.

Then plays a mixture of jazz and blues standards with an added brass section
from Arthur’s Blues & Jazz Club, Dublin

What right has a middle-class boy from Dublin got to sing the blues? There is no doubting the enduring appeal of mid-20th-century African-American music, of hep language and honking horns, of swinging grooves and flattened sevenths, but what has that got to do with anything in 21st-century Ireland? Guitarist and songwriter Nigel Mooney answers the question incisively in his liner note, and decisively in the music, on his enjoyable fourth album.

Founder and front man of the pioneering Gripewater Blues Band back in the early 1980s, Mooney has spent a lifetime swimming in the warm waters of the Mississippi and he knows his blues. But what raises the songwriting here above that of the imitators and revivalists is the contemporary references, the self-deprecating humour, and the authentic situations and emotions in his lyrics.

Mooney’s productions are also characterised by a meticulous attention to musical detail, and the cast of jazz grandees assembled here, including saxophonists Jean Toussaint, Michael Buckley and Brendan Doyle, backing vocals from Memphis diva Deborah Swiney, string arrangements from the great Fiachra Trench, not to mention Mooney’s own classy quartet, all add up to an hour of high-quality music that will delight those who need a fresh shot of old school rhythm and blues. And Mooney’s tunes, particularly the meta-blues of the title track, evince an awareness of all these contradictions that somehow make it all alright.

Reviews for “All My Love’s In Vain

Unquestionably, Mooney’s work on this offering isn’t in vain. This is a tour-de-force of an Irish jazz/blues album, showcasing the Wicklow man’s innovative guitar playing and unique vocalising. Six of the nine tracks here are self-penned, showcasing Mooney’s superb song-writing talent. The other three comprise an instrumental “Boulavogue” and two knockout versions of Robert Johnson classics, “If I Had Possession Over Judgement Day” and “Love In Vain”. Effortless vocals, reminiscent of Mel Torme, Nina Simone and Chet Baker, fit snugly over a tight four-piece band sound. “All My Love’s In Vain” can stand up favourably with anything that has come out of Memphis, New Orleans or Chicago in recent times. A gem.

It has taken guitarist Nigel Mooney about 20 years to get around to his debut album, but the wait has not been in vain. Mooney has been one of the seminal figures of Irish blues since his Gripewater Blues Band pioneered the current live scene at places like J.J. Smyth’s. But even those who know him well are being blown away by this impressive collection of original songs, sung with real feeling, and played with real style by a group that includes Myles Drennan on keyboards, and a guest appearance by Richie Buckley.